After two decades, female religious advisers get state recognition and hope for more

The Religious Services Ministry’s recognition of female Jewish law advisers last month marked a major milestone in bringing women into official religious leadership roles and paved the way for further gender equality in Jewish life, according to those at the forefront of these efforts.

Until now, these advisers on halacha, or Jewish law, have typically served as educators or offered their expertise on a volunteer basis, earning their salaries indirectly — for teaching classes or from stipends offered by their communities.

The ministry now aims to employ these female halachic advisers directly and specifically to advise people, predominantly women, on the intricacies of Jewish law.

The initial program will include 21 different communities, and the ministry will send out a call for candidates to fill these positions at the end of this month.

Hila Nissan-Friedman, who serves as an adviser to Deputy Religious Services Minister Matan Kahana on women’s issues and as his spokesperson, said the government intends to implement a “very committed budget of NIS one million [$290,000]” to fund these female religious leaders. The state will support 90 percent of the women’s salaries. 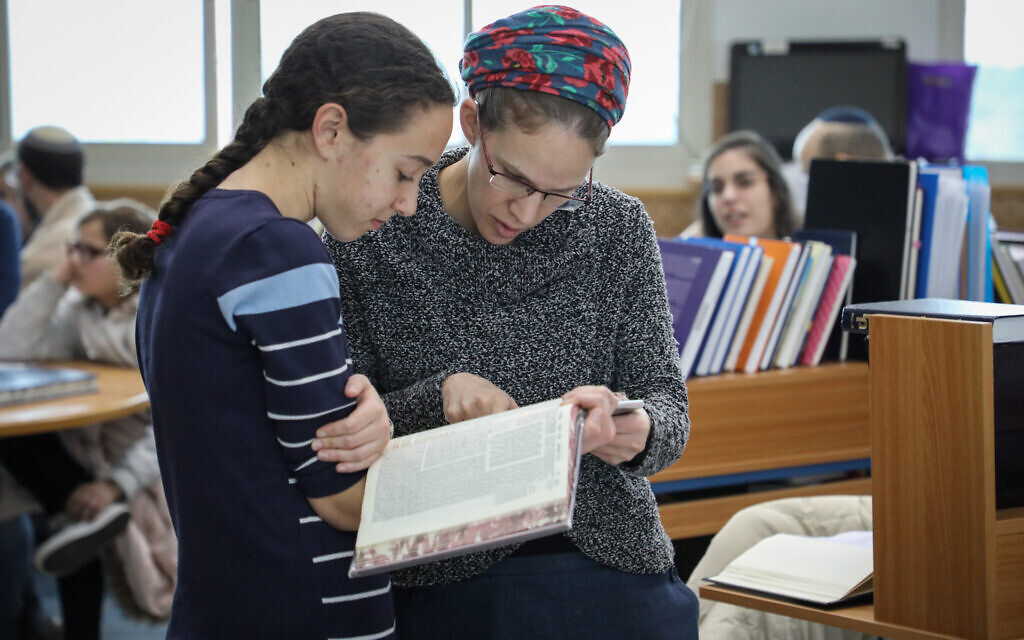 Over the years, the prominence of the female halachic adviser, or yoetzet halacha, has grown in Israel and around the world. This was a gradual process brought about as more and more religious women started studying the Talmud along with other religious texts, and not just the Bible as was common in the past.

Before the role of halachic adviser gained much traction in the Orthodox world, one of the first titles to be granted to such women with a command of Jewish law was that of “rabbinic advocates,” or toanot rabaniyot, who could represent other women in rabbinic courts. This position was permitted as a result of a petition to the High Court of Justice by Rabbi Shlomo Riskin, which helped pave the way for more women to study the Jewish laws around marriage and divorce.

As these women gained knowledge in these topics, seminaries started offering certifications to affirm their command of Jewish law.

The most commonly used term for a halachic adviser, yoetzet halacha, describes a specific role that women train for in order to answer women’s questions on family purity law — the catchall term referring to issues dealing with menstrual cycles, ritual purity, and physical contact between a husband and wife during and immediately after menstruation.

“There’s a not-subtle difference between a yoetzet halacha and a morat halacha [halachic teacher] or meshivat halacha [halachic respondent]. Yoatzot halacha study very intensely, but they only study one topic, of family purity,” said Rabbanit Devorah Evron, the director of Ohr Torah Stone’s Women’s Institute of Halachic Leadership at the Lindenbaum Seminary. “There’s no difference between a meshivat halacha, morat halacha, or a morat hora’ah [educational teacher]. They usually refer to a woman that’s studied all the topics.”

Although the role of the female religious authority is fledgling in the religious world, the concept of women as scholars of halacha is not entirely new. “When we look at the history, there have always been women that knew halacha and spoke halacha. From Devorah the Prophet, Bruriah, we know about women throughout history,” Evron said.

Dr. Tova Ganzel, a resident of Jerusalem and professor at Bar-Ilan University, was one of the first two graduates of Nishmat’s yoetzet halacha program. After completing her studies, she began to advise friends and acquaintances on matters of Jewish law when they came to her with questions. 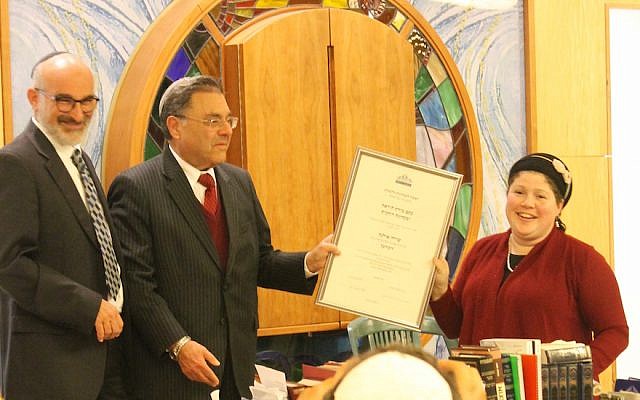 “The numbers [of questions] just kept growing, until it was just impossible for us to answer at a personal level,” Ganzel said. This is when the dean of Nishmat, Rabbanit Chana Henkin, decided to open a hotline for women in need of halachic guidance. On this hotline, which is still in service, halachic advisers offer direction regarding issues of family purity and women’s health, topics a woman may be uncomfortable inquiring about to her male rabbi.

Although Nishmat’s program and hotline marked the beginning of yoatzot halacha, the role of women professionals in halacha continued to expand as seminaries such as Lindenbaum and Matan began to offer certification for women who studied a wider breadth of Jewish law, a scope equivalent to what a male rabbinical student would study.

This trend of growing women’s education in Orthodox Judaism isn’t limited to Israel. Yeshivat Maharat, founded in 2009 in New York City, offers full rabbinic ordination to Orthodox women from around the world.

These developments have led to greater inclusion of women in local religious leadership. Such communal leadership in Israel can be seen in the settlement of Efrat, where Rabbanit Shira Marili Mirvis is the sole spiritual leader of its Shirat HaTamar synagogue, and in Jerusalem’s Katamon neighborhood, where Rabbanit Carmit Feintuch once helped lead the Ramban synagogue and later founded a synagogue jointly with her husband. 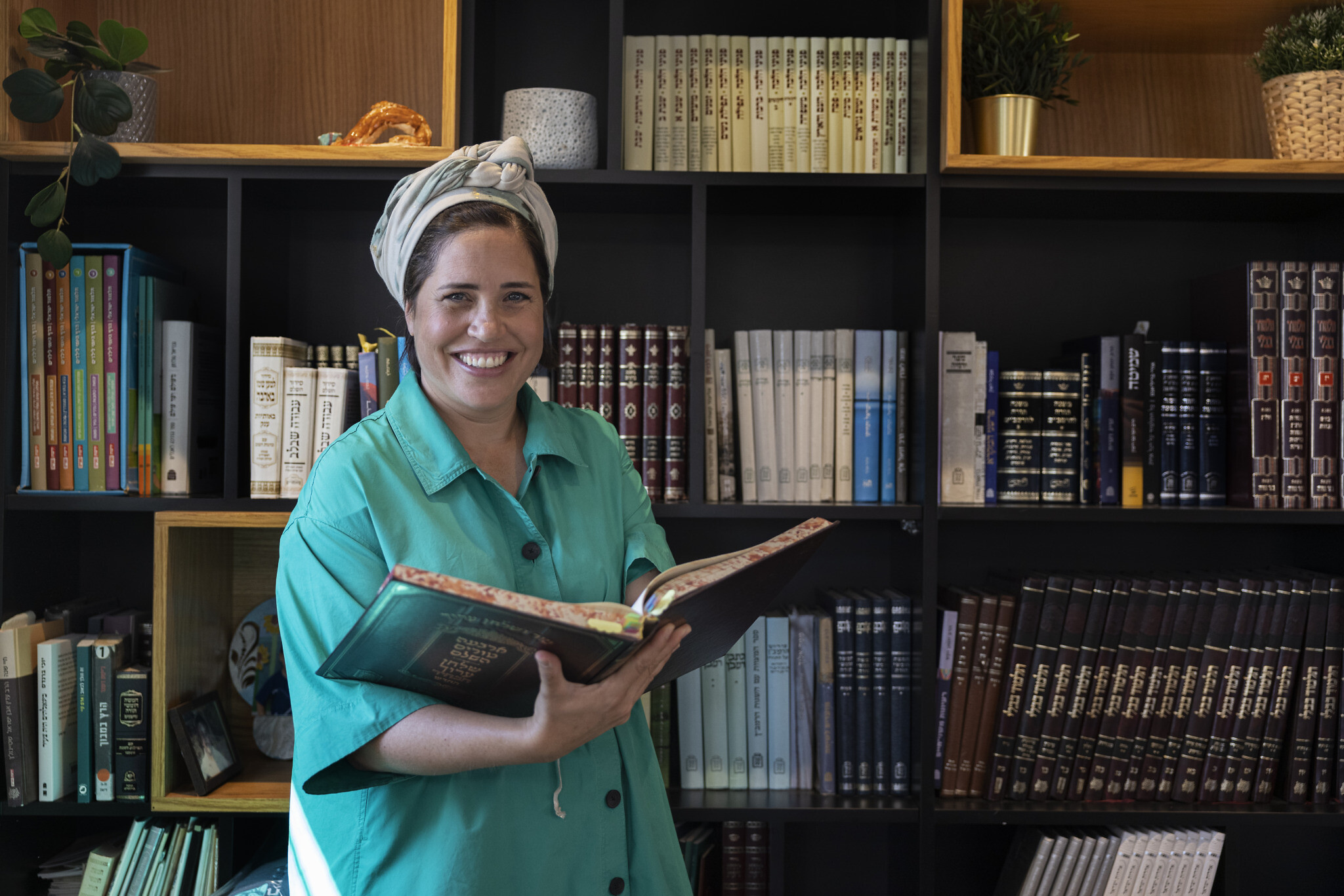 Rabbanit Shira Marili-Mirvis, the first woman chosen as sole spiritual leader of Orthodox community in the Shirat Hatamar synagogue, poses for a photo at her home in the West Bank settlement of Efrat on Tuesday, October 5, 2021. (AP Photo/Tsafrir Abayov)

One of the key advocates who pushed for government recognition is Rabbanit Mali Sztrigler, a yoetzet halacha residing in the Ofra settlement, who has studied at the Nishmat, Matan and Beit Morasha seminaries. On top of her halachic expertise, Sztrigler is an engineer and previously worked in Israel’s Ministry of Economy. Her top priority, rather than government funding alone, is more broadly the recognition of women in halacha as a “formal position, like a rabbi has a formal position.”

“I just want women to be able to get recognition, to get paid for the things that they do,” Sztrigler said

The next expected area where women are looking to gain greater equality in religious life is in the Chief Rabbinate’s ordination exams, which test the applicant’s knowledge of Jewish law and which are currently only offered to men.

At the moment, there is no state-recognized equivalent for women. But the progressive religious non-profit Itim is looking to change that and has petitioned the High Court of Justice to require the Rabbinate to allow women to take the same exams as men.

As these exams can be a requirement for certain civil service positions — the head of a local community center, for example, must have either a university degree or Rabbinate ordination — Itim argues that by denying women the right to take these tests, the state is harming them economically as it hampers their ability to find employment.

Evron said she was optimistic about the ministry’s current decision on halachic advisers, but that these standardized exams were, in her view, integral to the development of female religious leaders going forward.