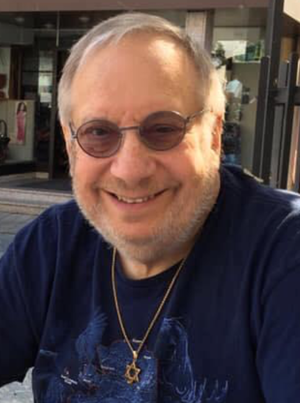 Richard dedicated his life to service and love of his family. He proudly served as an U.S. Navy corpsman on the USS Cochrane during the Vietnam War. Richard was a passionate social studies teacher for 30+ years at E.J. Swint Elementary School and Conyers Middle School. After retiring from teaching, he served for eight years as a student teacher instructor at Georgia State University. Richard was a loving husband to his soulmate, Judy, for 51 years. He was a supportive father and grandfather and was sure to never miss a sports game or band concert. Richard loved his country. One of his proudest achievements, second only to his military service, was being a Georgia delegate to the 1984 Democratic National Convention.

Funeral arrangements will be held at 3 p.m. June 14 at Georgia National Cemetery, 1080 Scott Hudgens Drive in Canton, GA 30114. Attendees are encouraged to arrive no later than 2:30 p.m.

A celebration of life will be held immediately following the funeral.

Arrangements under the direction of Neptune Society – Atlanta.

Beth Abrams’ Jewish identity spurred her fight for the…