Israel continues to struggle to maintain integrity while balancing its delicate diplomatic relationships with both Ukraine and Russia. While Israel’s Ambassador to Russia Alex Ben Zvi received a summons on June 16 to explain an alleged Israeli attack on Damascus International Airport damaging its runways, Ukraine has submitted an official request to Israel for a $500 million loan to help it deal with the catastrophic impact of Russia’s war on the country’s economy. The loan request was submitted some two weeks ago by Ukrainian Prime Minister Denys Shmyhal, and Israel is currently studying the request.

Also last week, Israeli Defense Ministry Policy and Political-Military Bureau Deputy Director Ilan Mezushan traveled to Brussels to participate in the Ukraine Defense Contact Group. This comes after some critics have leveled criticism against Israel for not sending Iron Dome batteries to Ukraine to help protect its civilian population against Russian rockets.

According to Irina Tsukerman, a human-rights lawyer, and geopolitical and security analyst,

Israel’s justification for not sending the Iron Dome batteries or missiles relied in the past on three pillars.

First, she told JNS, “there was a claim of scarcity—that the Iron Dome batteries are few in number, and Israel needs to keep them for emergencies and for the instances where another country simply cannot survive otherwise.”

Second, she said, “Israel claimed that the circumstances in Ukraine are such that Iron Dome simply would not be effective.”

Third, “Israel stated that providing Ukraine with weapons, even defensive weapons, would strain Israel’s relations with Russia,” she said. “Israel relies on coordination with Russia in Syria and cannot take such a risk.”

Tsukerman added that there was also “an unstated fourth argument that the U.S. may have pressured Israel not to provide Iron Dome or missiles, just as the U.S. was not providing the Patriot or other missiles at the time, allegedly due to the fear of escalation but more importantly due to the ongoing Iran-deal negotiations” and Russia’s role in negotiating on the Biden administration’s behalf.

However, Tsukerman said the situation has changed dramatically since the early days of the war, “and these arguments are no longer potent.”

The issue of scarcity, she said, “can be overcome by the claim that Ukraine is, in fact, in such an emergency situation where all types of weapons are welcome, necessary and will serve a purpose in preserving lives.”

On the second issue, Tsukerman said that “even if Israel still does not believe that Iron Dome would serve much purpose, there are other missiles and weapons it could sell to Ukraine that would be effective.”

Regarding Russia, Tsukerman said it “would not have escalated physically against Israel.”

She also said she believes Russia “is an enemy of Israel” and explained that “the anti-Semitic conspiracy theory its foreign ministry spouted to dissuade Israel from providing humanitarian and political assistance to Ukraine show where Russia really stood on all issues, and at the end of the day, such a country should never be allowed to dictate Israel terms of engagement with its real allies.”

Finally, she said, “the U.S. itself is now supplying Patriot systems and other missiles to Ukraine; as such, whatever the argument it may have held about avoiding escalation previously clearly is moot now. Israel should do the right thing and help Ukraine fight off an aggressor. At the end of the day, that will benefit Israel’s interests in weakening Russia’s hold over its own security concerns and increasing its international standing and goodwill politically.” 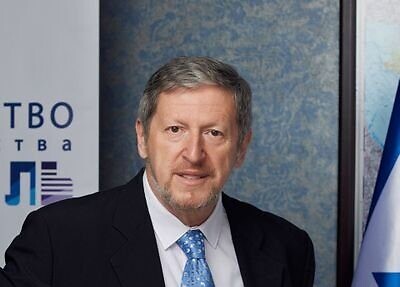 ‘A country involved in an existential struggle’

These issues are not, of course, the only ones Israel faces. With more than 25,000 Jews having made aliyah (immigrated) to Israel from Ukraine, their needs have become a priority. The organization Yad L’Olim has made it its mission to help the Ukrainian immigrants with their short- and long-term challenges.

For instance, the organization has a shop in Jerusalem where the immigrants that arrived in Israel with one bag and the clothing on their backs can receive clothes and other basic necessities for free. The organization hired a team of Ukrainian and Russian speakers to help the immigrants navigate Israeli bureaucracy, including opening bank accounts, getting a driver’s license, and finding a home and employment.

“It has been so painful to see olim arrive in terrible trauma from the war and with no possessions or pathway to success,” he told JNS. “It has been a tremendous honor to advocate for them in the Knesset and to have our team provide them with the tools they need to rebuild their lives in Israel.”

Ironically, these immigrants escaped a country at war to enter Israel, another country theoretically always at war.

Jonathan Spyer, a researcher at the Jerusalem Institute for Strategy and Security, explained to JNS that while it is true that Ukraine “is a country at war, and it is fighting an old-fashioned conventional conflict of the kind which many people thought Europe would never see again—with airborne thrusts, armored columns and artillery bombardments,” Israel is also at war but “fighting the other kind—a gray-zone war, a hybrid conflict, but it is no less a war.”

“Israel is a country involved in an existential struggle with an alliance committed to its destruction,” he added.

Addressing concerns over Israel’s balancing act between Ukraine and Russia, Spyer emphasized Jerusalem’s need “to keep the Russia deconfliction process between the Kirya [Israel’s Pentagon] and the Khmeimim Air Base in Syria’s Latakia province on track.”

As a result of its concerns over Russia in Syria, Spyer said Israel “has been very careful with regard to its diplomacy vis-à-vis the Russia-Ukraine war.”

Spyer suggested that due to the unfair criticism it receives, Israel should consider publishing some of its military operations to show the international community that it is indeed fighting a war.

“Maybe it is because of the nature of the conflict, and much of it takes place unseen,” he said. “It may be an ambitious case to make, but a necessary one to shift the goalposts of discussion.”

The post Israel continues to walk a diplomatic tightrope between Russia and Ukraine appeared first on JNS.org.

Drone attacks on Iran may lead to severe consequences…

The Queering of Antisemitism – Tablet Magazine

Drone attacks on Iran may lead to severe consequences…