Israel has canceled educational trips to Poland for thousands of high school students this summer, claiming the Polish government is trying to control the Holocaust studies curriculum taught to Israeli children, the Israeli foreign minister said.

The announcement by Foreign Minister Yair Lapid reignited longstanding tensions between the two countries over Poland’s treatment of its Jewish citizens during the Holocaust.

In his comments, Lapid said Poland has barred Israeli delegations from learning about the role of Polish citizens in collaborating with Nazis during the Holocaust.

“They wanted to dictate what was allowed and what wasn’t allowed to be taught to Israeli children who go to Poland and that we cannot agree with,” he told a news conference on Wednesday.

Poland was the first country invaded and occupied by Adolf Hitler’s regime and never had a collaborationist government. Members of Poland’s resistance and government-in-exile struggled to warn the world about the mass killing of Jews, and thousands of Poles risked their lives to help Jews.

However, Holocaust researchers have collected ample evidence of Polish villagers who murdered Jews fleeing the Nazis, or Polish blackmailers who preyed on helpless Jews for financial gain. Six million Jews, including nearly all of Poland’s roughly 3 million Jews, were killed by the Nazis and their collaborators during the Holocaust, and major Nazi death camps were in Poland.

These dueling narratives have been a source of great tension between Israel and Poland, which otherwise have strong relations. 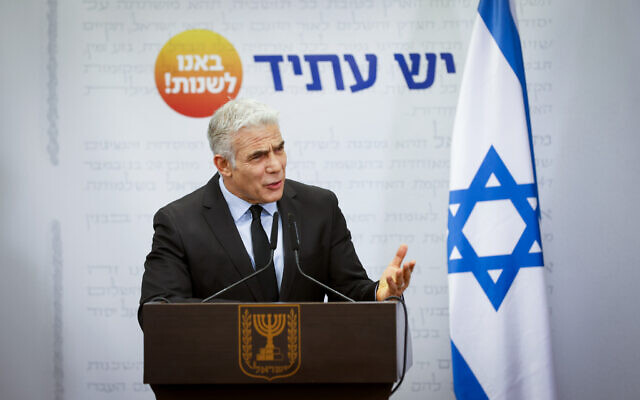 Foreign Minister Yair Lapid speaks during a faction meeting of his Yesh Atid party at the Knesset, on June 13, 2022. (Olivier Fitoussi/Flash90)

Lapid referred to a Polish bill, passed in 2018, that penalizes anyone who blames Poles as a nation for the World War II crimes committed by Nazi Germany in occupied Poland. At the time, Israel and the United States slammed the law, saying it hindered free speech.

On Wednesday, Polish Deputy Foreign Minister Pawel Jablonski posted on Twitter that “the current formula of organized trips of Israeli youth to Poland requires changes due to systematic problems leading to the strengthening of false stereotypes, which negatively impacts Polish-Israeli relations.”

Jablonski also said that Poland doesn’t wish to halt Israeli student trips but, rather, to give them a different formula that will improve on Polish-Israeli ties.

Israel’s Education Ministry had announced the cancellations earlier this week but gave no explanation for its decision.

Young Israelis traditionally travel to Poland in the summer between 11th and 12th grade to tour former Nazi camps in order to learn about the Holocaust and memorialize those murdered. The trip has long been considered a milestone in Israeli education and, prior to the COVID-19 pandemic, some 40,000 Israeli students participated each year. About 7,000 were registered to go this summer, according to the Education Ministry.

Parents who already paid for trips will be refunded, the ministry told the National Parents Council, according to Channel 12 news. However, because each school booked the trip with different airlines and agencies, it’s not clear whether all will actually get the thousands shelled out for the trip back, the report said. 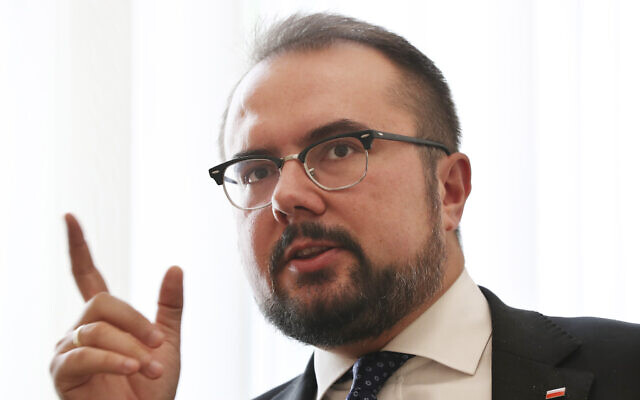 Ties between Poland and Israel have been gradually fraying in recent years over the matter. In 2021, Israel protested a Polish law seen as banning claims for restitution of some seized property by Holocaust victims.

At the time, Poland recalled its ambassador to Israel, while Israel’s ambassador to Poland was also recalled. Jablonski, the deputy foreign minister, also threatened to cancel the annual school Holocaust memorial trips. Ties have since improved in the wake of Israel-Polish cooperation on the Ukrainian refugee crisis.

Lapid, whose late father was a Holocaust survivor, thanked Poland for its help in rescuing Jewish refugees from Ukraine but said the high school delegations could not continue under the current circumstances.

Todah rabah!— thank you for the opportunity to have…

How Far Will You Go For Your Perfect Wedding? | My Big…

This Sheet Pan Teriyaki Chicken Is a Shabbat Staple for…

Todah rabah!— thank you for the opportunity to have served…