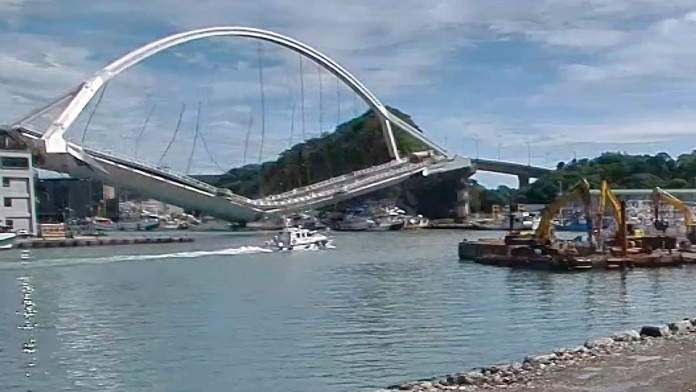 In France, President Emmanuel Macron has now lost his majority in the National Assembly; his party holds 245 seats in the lower house, but the Right holds 150 and the Left 131. In Colombia, former M-19 guerrilla and Marxist Gustavo Petro has now become the president of the country, replacing more establishment, Keynesian liberal rule.

In the United States, the supposed center within both parties has been increasingly supplanted by anti-establishment forces on both sides.

Our policy elites maintain that they favor free markets while simultaneously battling against free markets on behalf of a world-changing ideology; they proclaim that they value traditional religion while fighting to undermine its most fundamental foundations; they argue that the world order must be maintained while shying away from the reality of international politics.

Klaus Schwab, the head of the World Economic Forum, supposedly a repository of free market thinking, declares that he and his friends will “serve not only self-interest, but we serve the community”; he then proceeds to leverage economic power on behalf of their preferred ideological outcomes. The result is both economic failure and ideological failure.

Take, for example, the Biden administration’s simultaneous demand that oil companies ramp up production and that we completely undermine oil and gas development over the next few years in order to fight global warming.

Or, more immediately, take the German attempts to “green” their own economy while quietly outsourcing energy production to Russia — a policy so egregiously stupid that it has now resulted in Germany firing up coal plants again, now that Russia has cut off the oil supply.

On the social front, our institutional elite declare fealty to traditional institutions — church, family, localism — and then simultaneously insist that society remake itself in the most radical possible image. House Speaker Nancy Pelosi declares her fealty to Catholicism in the same sentence in which she militantly maintains her support for abortion-on-demand; President Joe Biden proclaims his own religiosity while simultaneously deploying his Department of Justice to target states that seek to prevent the confusion and mutilation of children based on nonsensical gender theory.

On the foreign policy front, our institutional leaders tell us that we must uphold the world order, then refuse to accept the consequences of that leadership. They rail against the evils of the Saudi Arabian regime while simultaneously intoning that the West must sign a deal with the Iranian terror regime, then end up visiting the Saudis to beg for more oil production. They declare their undying support for the Ukrainian government, then become wishy-washy about providing either the support necessary for its victory or an exit plan in case victory is unachievable. They look askance at the Chinese threat to Taiwan, then teach proper transgender pronoun use to members of the Navy.

In short, our institutional elites rely on the power of civilizational foundations that long predate them — free markets, religious values, military strength — to prop up failing ideas that undermine those foundations. The result is failure.

Perhaps the center isn’t holding because it shouldn’t hold. That center has sought to enshrine its own power by taking from both the Left and the Right; it has no coherent ideology of its own.

And that false center is now coming apart with centrifugal force, torn between those who believe in the fundamental institutions of the West and those who wish to see them supplanted.

Pennsylvanians Were Asked What They Want to Change About…

3 things I learned about 40K by building a scale model…

The Spielberg Jewish Film Archive – The Will to…

Which Jewish Broadway musical is your favorite?

Israelis and Palestinians Do What They Do Best, but for the…